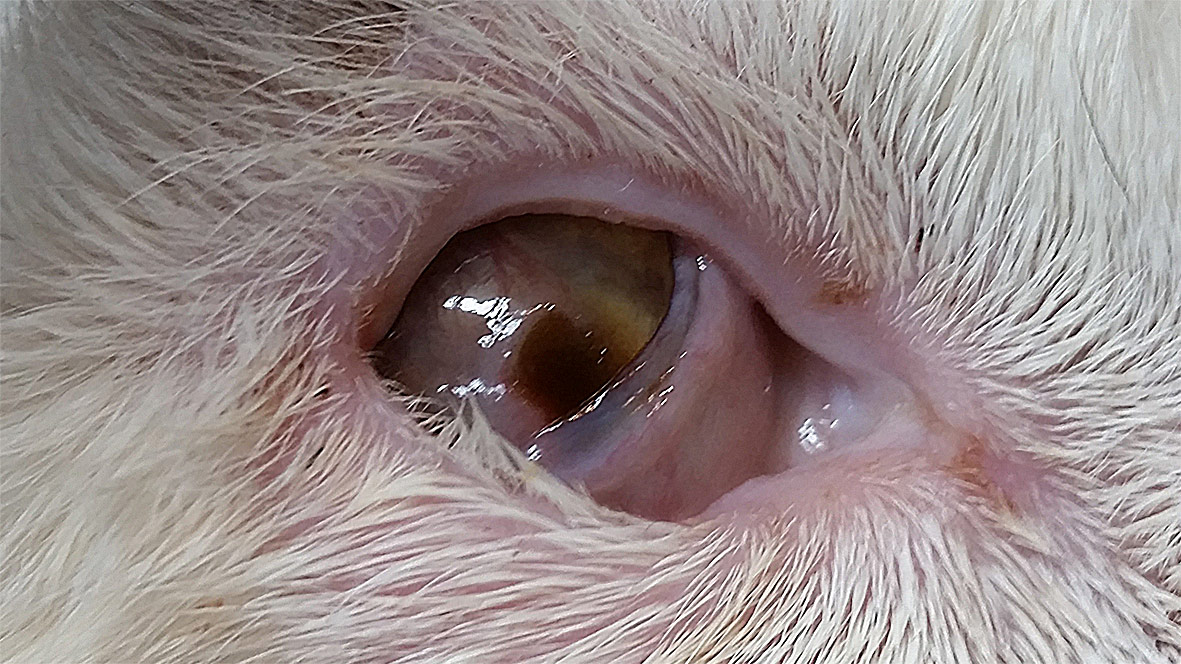 Corneal ulcer in a cat

What is a corneal ulcer?

The cornea is a shiny transparent membrane that forms the front of the eyeball. A corneal ulcer is the deep erosion of the eye’s third layer, which results in a cloudy appearance and pain for your pet. It is commonly caused by trauma – either via the eyelashes rubbing against the eye (entropion), via a cat scratch or via contact with a sharp object. Your pet will likely rub the affected eye with a paw or against the carpet as they try to relieve the pain.

We make a diagnosis through direct examination of the eye or through use of a special stain. 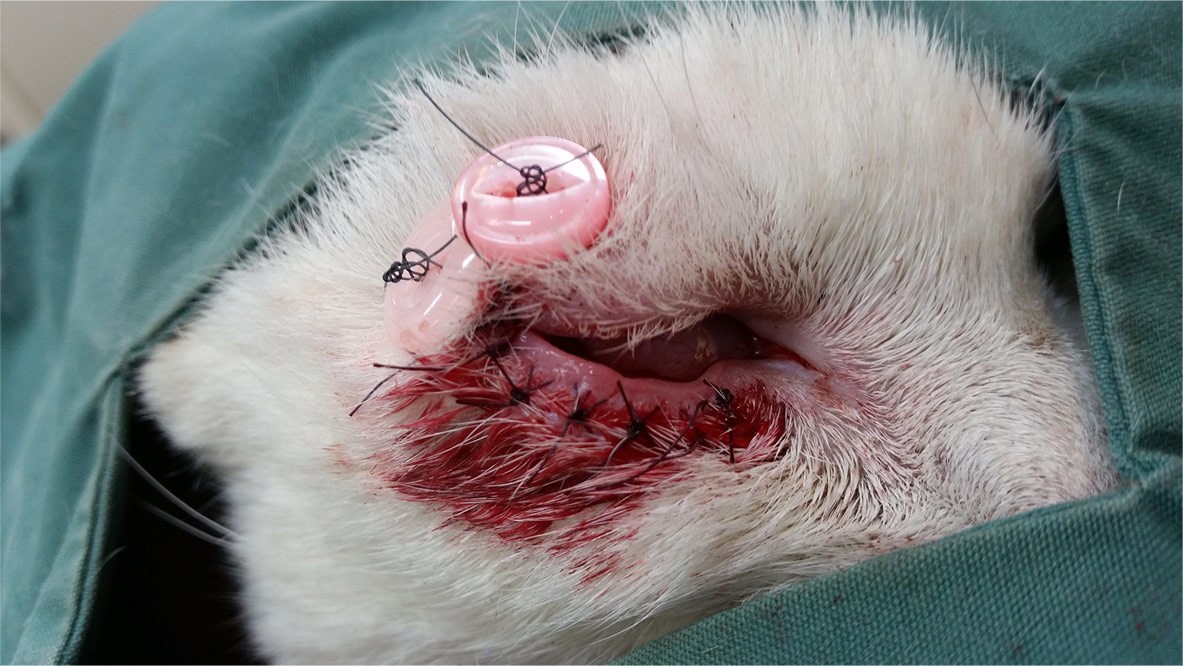 Treatment with eye drops or an ointment containing antibiotics are generally the best treatment option, as they can prevent against infection whilst lubricating the eye to reduce the discomfort of the lesion rubbing on the eyelid during blinking. Surgery will result in a much shorter healing time, though the cost will be far higher. Your pet has an extra eyelid that lies inside the other two lids and is attached to the inside corner of the eye – this is known as the third eyelid and surgery can be performed to pull this structure over the eyeball and hold it in place with a suture. We perform this surgery under general anaesthetic.

We send your pet home with you on the day of the surgery, complete with a cone to prevent further trauma that can occur if they continue to rub at their eye. The third eyelid flap will be released between two and four weeks following the surgery, depending on how severe the lesion was. 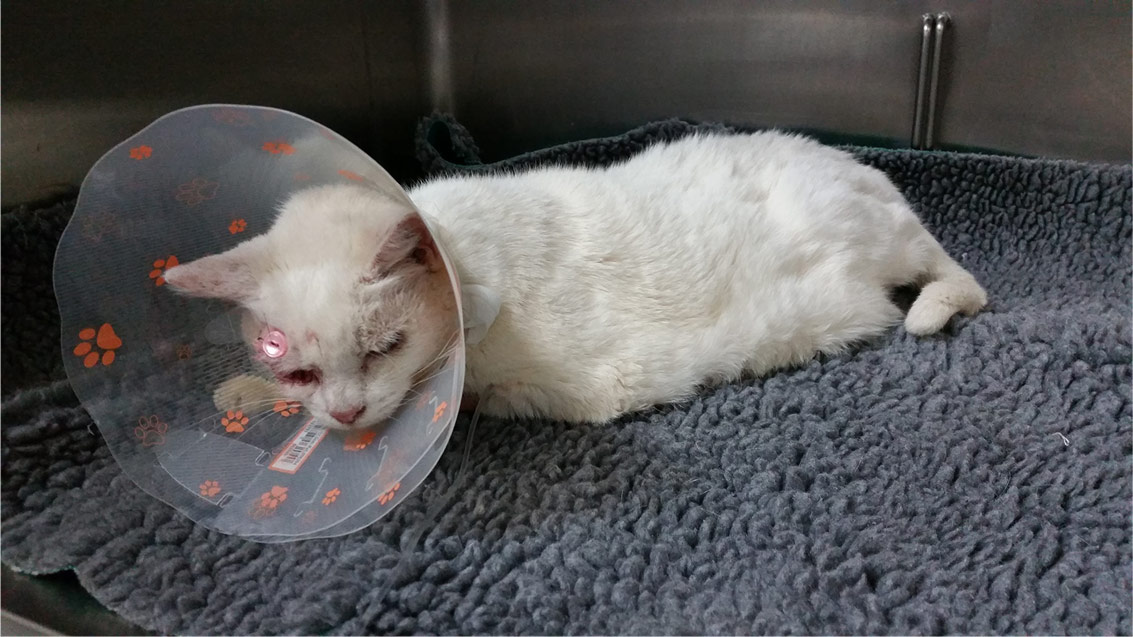