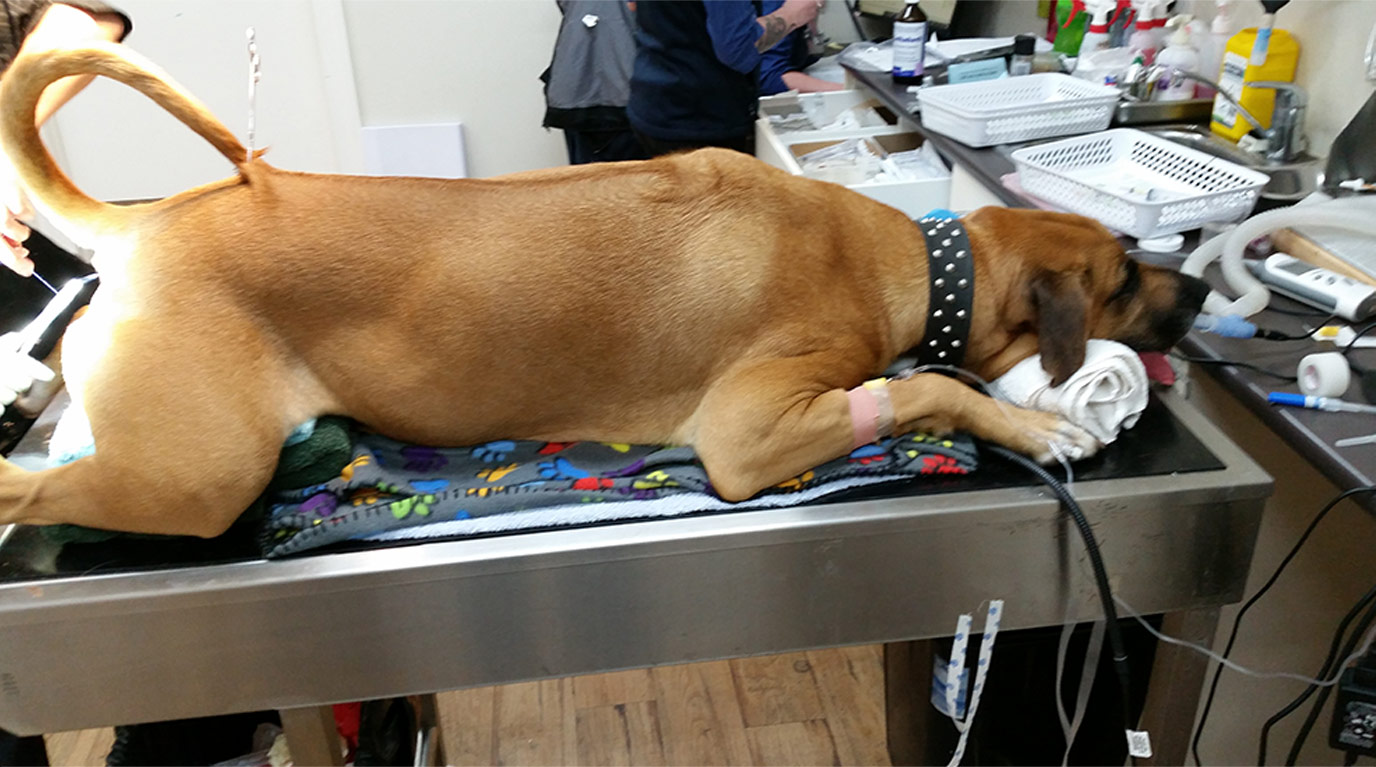 Occasionally, we are lucky and find the tumour during a routine examination at the time of a vaccination or other consultation. Most of the time however, it is diagnosed when the owner has noticed a lump or swelling beneath the tail or because the dog is repeatedly straining to pass stools.

Surgery is the first step. The majority of these tumours can be removed with surgery without causing significant issues like faecal incontinence. However, by the time of diagnosis, these tumours have often already spread. Most commonly, they spread to the sublumbar lymph nodes (the lymph nodes near the abdomen, beneath the lumbar spinal area). We suggest removing these at the same time.

Surgery can often add significant time – as much as a year – as these tumours aren’t rapidly growing. With the addition of chemotherapy, your pet’s lifespan can increase by as much as two years.

Your pet is usually able to return home on the same day as the surgery. You are then able to administer opioid and NSAID pain relief, in addition to antibiotics. We will remove the sutures two weeks after the surgery.